The Extent Of The Housing Affordability Crisis

Maybe the most critical real estate challenge of these times is the current housing affordability crisis. From the west to east coast, there are simply not enough homes to house all of the people who need it, especially at an affordable rate. Currently, the environment of low inventory and high demand has caused a shortage of both affordable homes to rent and purchase — who would’ve guessed 2021 was the year for rental home bidding wars?

Every state in the country has been affected by the crisis

The issue isn’t a regional or local one, it’s national, and it goes hand-in-hand with the issue of homelessness. As affordability continues to decrease, families and individuals face an increasing threat of homelessness. Recently, the National Low Income Housing Coalition identified statistics that highlight the problem.

In a normal time, it’s understandable why affordable housing is difficult to build and not incredibly easy to come by. Developers take on projects to make a profit, that part is simple. However, the cost of building supplies and materials aren’t cheap, and the prices of lumber are just beginning to level out. Plus, building permits and local approvals are lengthy processes. Add in the fact that these residences are designed for low-to-middle income tenants make affordable housing less attractive for developers looking to make money. Yet, the past two years and the impact of the COVID-19 pandemic have amplified this issue because there’s an inventory shortage. As the demand for housing grows, and the supply remains low, prices will continue to increase. As long as these components are at play, the housing affordability crisis isn’t improving anytime soon.

Once reasonably priced regions are exploding in value

It seems like we’ve been hit repeatedly with the concept of remote work — Zoom, working from home, screen fatigue, etc. It seems like we can’t get away from it, and unfortunately, it’s no different here! As remote workers became the norm the past couple years, working professionals have had the opportunity to live wherever they please. For many of these professionals, they’ve moved to areas which were already reasonably priced to begin with, and that’s no New York City or Austin, Texas. In fact, reasonably priced areas aren’t immune to the explosion in housing prices as well. A Zillow economist points out that many of these areas with the last supply of affordable homes have seen as much as a 20% increase in value over the past year. One time affordable areas that attracted medium income and first-time home buyers are no longer immune to the crisis.

Large institutions have pledged to assist in the crisis

Major players including JPMorgan Chase, Bank of America and Citigroup, Inc. have taken new initiatives to assist in housing affordability. Individually, JP Morgan Chase committed a whopping $400 million to affordable housing recently. The commitment is made in an attempt to tackle some of the barriers to homeownership as the institution has acknowledged that homeownership rates for minorities lag far behind their white counterparts. In the same tone, HUD has allocated nearly $690 million to help the states create more affordable housing. The Housing Trust Fund is set to receive double its amount of funding this in comparison to the previous year. This involvement by key institutions and increased funding just highlights the extent of the issue — hundreds of millions of dollars is a massive number, clearly, but it’s still not enough to make a dent in the current crisis.

Zipi is the Real Estate Operating System (OS) that aims to make real estate simple from agents and deals to commissions and billings. Request a demo to get in contact with one of our expert team members. 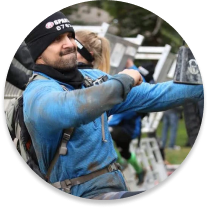 Jesse’s 13-year career and tenure as an office manager, coach and top producing agent includes running two multi-million-dollar real estate offices and managing hundreds of agents, while increasing both production and profitability. It was this experience that led him to develop Pipeline Wizard, which became the proof of concept for Zipi.

"Faith is taking the first step even when you don't see the whole staircase." - Martin Luther King Jr.

Zipi's Top 5 Features
Accounting Automation
How Soon Can We Expect Digital Closings?
Why Should Real Estate Agents Set Goals?
Become an Agent-Centric Brokerage With These Tips

Digital Transactions: Is It The Way Of The Future?

The Extent Of The Housing Affordability Crisis

How to manage money for your real estate business